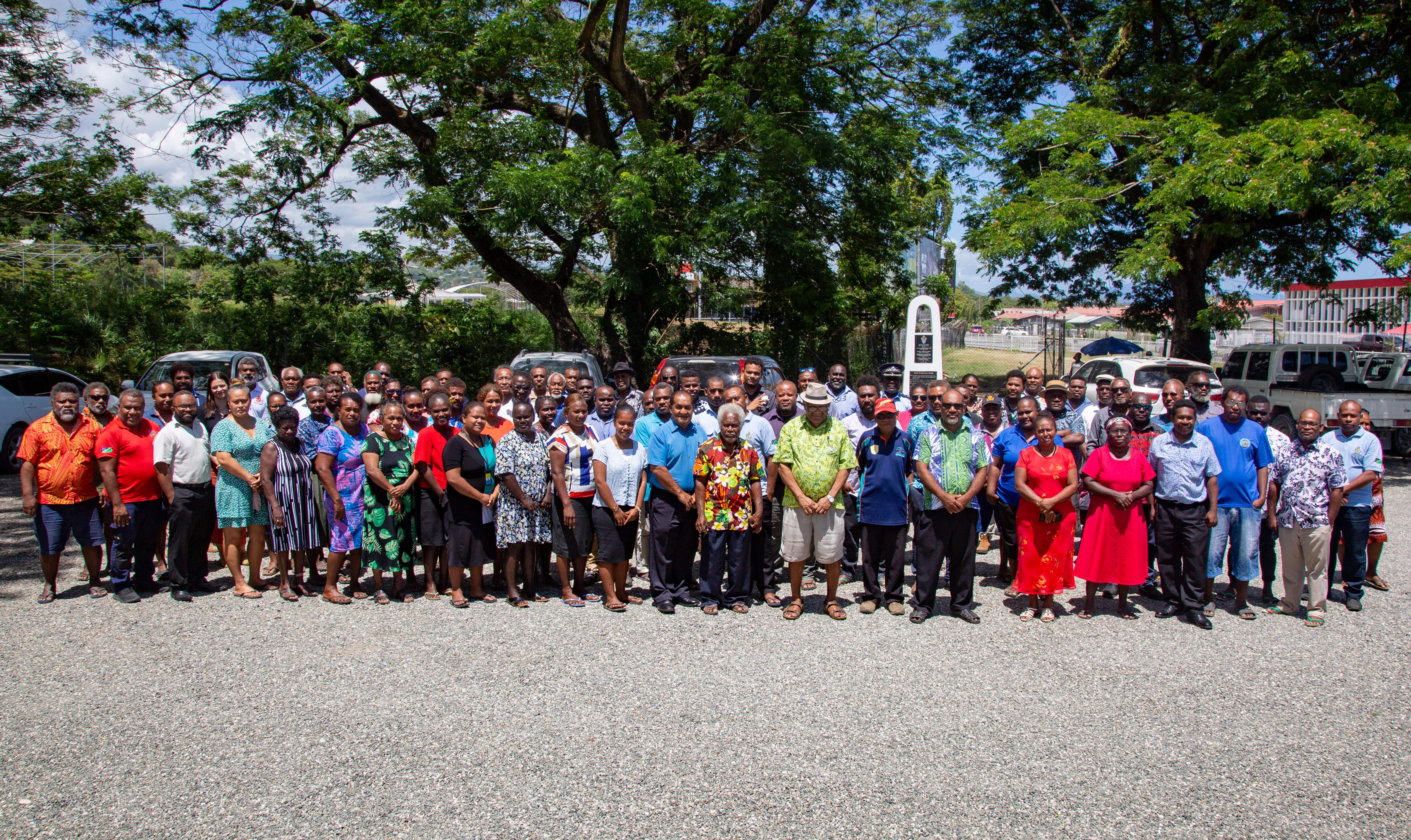 The Honiara stakeholders were in support of the proposed combine elections.

This was the general conclusion after a whole day of deliberation on the electoral reforms that the Electoral Taskforce has been going around with throughout the country.

Many of the participating stakeholders were happy to be part of this consultation and be given the opportunity to share their views, contributing to this very important reform.

Chairman of the Solomon Islands Electoral Commission Mr. Patteson Oti welcomed and acknowledged the presence of all the participants for their valuable time to come and be part of this consultation.

He introduced the agenda for the discussion which are mainly on the synchronisation of all elections, the proposed amendments to Electoral Act 2018, Honiara City Council Act 1999 and HCC election regulations.

Participants were taken through the issues on the proposed combine elections that needs to be addressed, and the proposed amendments to the three election laws stated above.

The participants then shared their views on what to change, what not to change and what to include in aligning these laws for a one-day elections for the three levels of election, National Parliamentary, Provincial Assembly and Honiara City Council election

Although many have supported the proposal for the synchronisation of the three elections, there were few concerns with the introduction of this new system.

“One participant stated that we should not just look at changing a system to accommodate the financial challenges we have, but we should look beyond that and see whether these reforms will improve our governance system or not”

Awareness was also another area of concern that was raised. One of the participants highlighted that although this system is good and simple, people must be informed and educated on these reforms.

She further urged that during elections all government resources and assets should be made available for the conduct of elections. In this way we can help lessen the cost of running the election.

Discussion was very constructive and frank as participants openly shared their views and raised concerns which the Taskforce was grateful for and will take into consideration.

Commissioner Stanley Pirione thanked and acknowledged the stakeholders for attending and participating in the important law reform meeting.

“Consensus and cooperation by stakeholders are necessary for the smooth transition from different days’ elections to one or same day elections” Mr Pirione said.

Participants who were part of this consultation are representative from various Civil Society Organisations (CSOs’), government agencies, private sectors, Chiefs, Churches, Political Parties and others living in and around Honiara.

The Taskforce is looking forward to conducting the remaining provincial consultations in Temotu, Choiseul, Renbel and Western Province as soon as possible over the next few months. Engaging with stakeholders to hear their views on the proposed reforms is very important to these proposed electoral reforms.

The Electoral Commission and the Taskforce would like to acknowledge the continuous support of the Solomon Islands Government in collaboration with its donor partners the Australian Government and UNDP through SECSIP project for funding the work of the Taskforce.

If you want to know more on any election related matter or check up for new updates on Election happenings, follow SIEO Facebook @SIelectoralcommission page and website on www.siec.gov.sb Or for general enquiry, you can call the office hotline phone on 7222200 or landline 21198.